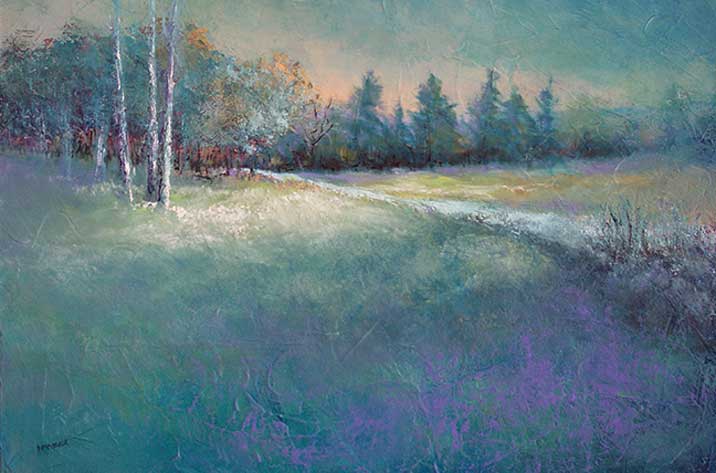 Bits and pieces of quick photo grabs were combined to make this composition.

My wife and I share driving along Hwy 401 into Toronto. When I'm the passenger, I have my smart phone or ipad at the ready to capture any drive-by scenes that might have possibilities. Sometimes the photos are blurry; sometimes I question why I even took the photo, but other times I'm delighted with an image or piece of an image that I can use in a painting.

This painting, called "Out From the Dark", 18" x 24" and painted in oils, has several sections from several photographs. I cropped elements from various photos, added them to a page in Photoshop and manipulated until I found something I liked. My Photoshop cropping is pretty rough so once I'm happy with a composition I do a small sketch either in a paper sketchbook or a digital sketchbook. And that becomes my composition.

Next step was to decide on concept and color. The foreground of a couple of the original images I used as resource was filled with construction equipment. I wanted something a little more pastoral and I discovered a photo I took of a large shadow on grass – just a shadow; just some grass. Weird, but the pic was in my files. Turns out that shadow became the reason for the painting.